Muskauer Park - a historical palace and park complex on the Polish-German border, located in the area of the largest frontal moraine in the world called the Muscat Arch.
Website:Muskauer Park on Poland Travel
Location: See on Google Maps

Grodziec - a knight's castle on the top of one of several extinct volcanoes that are found in today's Poland, but even Poles themselves do not know it.
Website:Grodziec Castle
Location: See on Google Maps

Wrocław - one of the oldest, largest and most beautiful cities in Poland called the Venice of the North because of the many canals on the Odra River. It is also the only city in Poland where dwellings live permanently ... they are very popular among hybrids and tourists, and there are more and more of them every year.

Wroclaw dwarves - some are hiding, others are not afraid. Some are very sociable and others far from people, but they are all amazing and worth seeing with their own eyes. Such things only in Wroclaw and only in Poland. Jasna Góra (Bright Mountain) - the most important place of religious worship in Poland with the most famous image of Our Lady of Jasna Góra. The monastery at Jasna Góra was also once a defensive fortress. Hundreds of thousands of pilgrims set off every summer in the summer - on foot, by bike, by bus and more.
Website: Jasna Góra Information Centre
Location: See on Google Maps

Lwówek Switzerland - a rock complex in the town of Lwówek Śląski with amazing views of the vast surroundings.
Website: Lwówek on Lower Silesian Travel
Location:See on Google Maps

Ślęża - a sacred mountain of ancient Slav tribes, in the shape of a pyramid, which was an important place of worship for the Ślężan people; the northernmost range of the Sudetes
Website: The Ślęża Massif on Lower Silesian Travel
Location: See on Google Maps

Śnieżka (Snow White) - the highest peak of the Karkonosze range and the entire Sudetes, the highest mountain in the Czech Republic; at the top there is a meteorological observatory, without which it is difficult to imagine today Śnieżka peak; it is the windiest mountain in Poland - the wind does not blow here only for about 5 days a year. Apparently, somewhere under the Śnieżka peak is a cave of the legendary Mountain Spirit called Liczyrzepa (turnip counter).
Website: Karkonosze for tourism
Location: See on Google Maps

Table Mountains - amazing rock formations and mazes in which you can get lost. There is the Throne of Liczyrzepa (the highest peak), Piekiełko and Heaven, the whole rocky zoo, headed by an elephant and camel, Rock Mushrooms and the monumental Human Ape.
Website: Szczeliniec Mountain Shelter Table Mountains for tourism
Location: See on Google Maps

Śnieżnik - the highest peak in the Polish Sudetes, outside the Giant Mountains, rises majestically above the Kłodzko Valley on the Polish-Czech border. On its southern slope is the source of the Morava River, one of the most important tributaries of the Danube. Apparently, the legendary Spirit of the Liczyrzepa Mountains also lived here.
Website: Międzygórze Village
Location: See on Google Maps 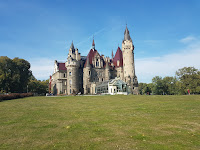 Moszna - a castle with 99 towers near Opole; it houses a museum, hotel and even a library.
Website:Moszna Castle
Location: See on Google Maps 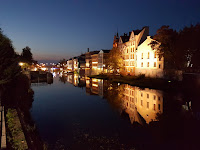 Katowice - the capital of Upper Silesia, the largest city in the Silesian Agglomeration and the entire Upper Silesian Industrial District; formerly a typical industrial city, now it is more and more open to tourists and visitors, the offer of museums, art galleries and culture centers is developing.
Website: Katowice
Location: See on Google Maps

Bolek i Lolek - the most famous heroes of Polish animated films, on which many generations of Poles were brought up.
Website: Bolek and Lolek monument watch the movies
Location: See on Google Maps

The Silesian Beskids - a mountain range in the Western Beskids, known for beautiful tourist routes surrounded by many attractive holiday resorts, such as: Ustroń, Wisła, Szczyrk, Żywiec, Bielsko-Biała. It is here - under the peak of Barania Góra is the source of the Vistula River - the longest and most important river in Poland that flows through Krakow, Warsaw, Toruń and Gdańsk.
Website: Silesian Beskids on Silesian Travel
Location: See on Google Maps

Babia Góra (Hag’s Mountain) - the highest peak in the Żywiec Beskids, a cult mountain, because apart from the Tatra Mountains it is the only such outstanding peak in Poland. Babia Góra can be seen with the naked eye from a distance of many kilometers. She is called the Queen of the Beskids, because you can admire the beautiful views from it, but you have to be very lucky to find beautiful weather.
Website: Babia Góra for tourism
Location: See on Google Maps